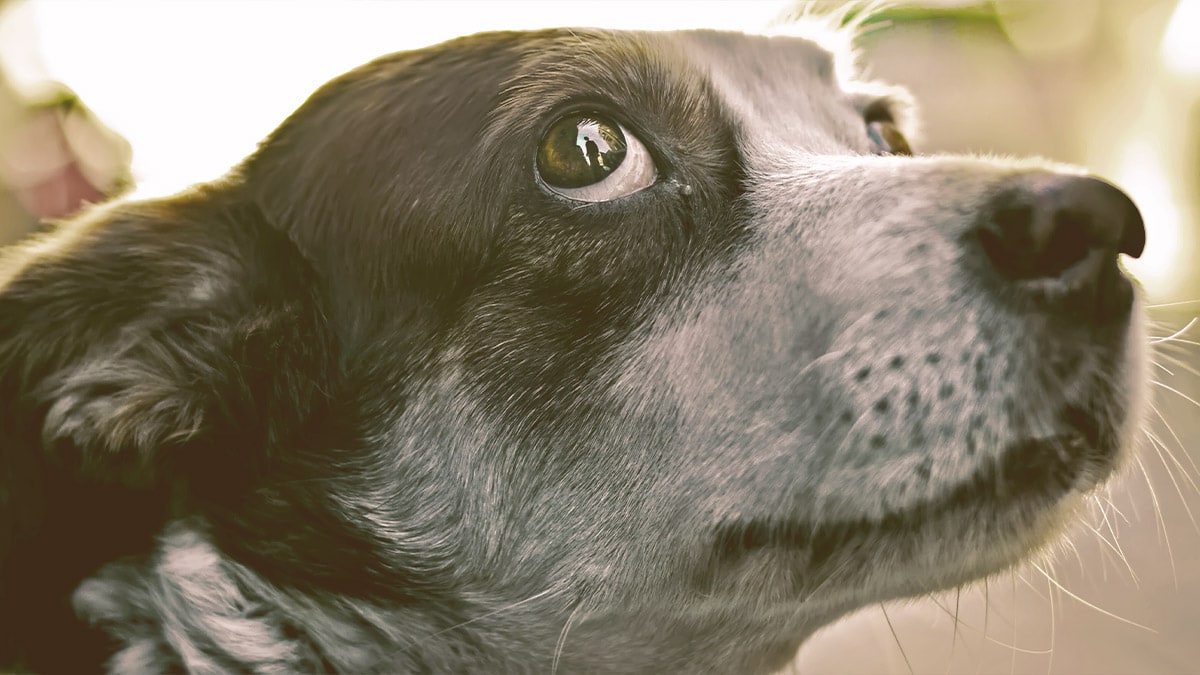 Dog Side-Eye (aka Whale Eye): What It Means + How To React

You may have noticed your dog looking away from you, but on closer inspection, you see that they are just pointing their head away.

Taking a much closer look, you notice that they are watching you with their eyes, which have swiveled sideways to look at you.

This is called side-eye or whale eye.

Put very simply, if a dog is displaying this behavior, it is a clear signal that they are warning you to back off and leave them alone. It is an early sign that possible aggression will occur if you do not heed their warning.

Typically, you may witness this, if a dog is guarding something that they see as desirable. This could be a favorite toy, a bone, or food.

This behavior is not exclusive to dogs. Cats and other pets may also display side-eye. This whale eye has been the subject of research, and The University of British Columbia (1) has noted that it is a combination of two distinct signs of stress:

These actions typically take place when your dog is stressed, and of course, stress can result in aggression.

Research has been carried out by the University of Portsmouth (2) on the topic of non-verbal communication by dogs, specifically using the eyes. This research has established that over the 20,000 years that we have domesticated dogs, there have been physical changes to the dog’s eyes, to enhance communication.

This has taken the form of changes to the dog’s eyebrows, which assist in making the dog’s face more readable.

When locking on to a human’s gaze, dogs will typically raise their inner eyebrow. This makes the eye look bigger, and also more appealing to the human.

They checked out this behavior at rescue centers. They found that when dogs used this technique, they were adopted more quicker.

This trait, along with the eyebrow muscle, does not exist at all in wolves; rather, it is a direct outcome of domestication and the following attempts made by dogs to communicate more effectively with their masters.

Wolves do not have this tendency.

Why Dog Side Eye Happens

Dogs are more in touch with human emotions and behaviors than probably any other animal on the planet.

They can read our emotions, interpret our pointing movements, and use us as a source of knowledge on what is going to take place after this.

This suggests that they stare a lot at us to learn more about their surroundings.

They are, in essence, waiting for us to do something that will have some kind of bearing on them.

For instance, it doesn’t take long for dogs to figure out that their owners have to pick up the leash before they can go for a walk.

As a result, they will keep watch for the indication that they will soon be let outdoors.

The same may be said for mealtimes, playtimes, drives in the automobile, and many other situations as well.

It is common for dominant dogs to stare down other dogs as a means of demonstrating their superior social standing.

A dog who returns the stare of a dominant dog is often doing so in an attempt to confront the dominant dog.

When a dog is giving you the side-eye, it is probably a sign that he/she is stressed about something.

You are possibly closer to a valued treasure than they would like.

The staring is a clear warning not to approach, but by looking away at the same time they are indicating it is not a challenge. It is just a sign of anxiety.

Do All Dogs Do it?

If you are teaching a dog a new trick or trying to do something new like cutting its hair.

The dog may become confused as to your motives and anxious.

It expresses this by widening the eye and staring hard. It will also go slightly rigid and this is the dog saying “hang on, I am not happy with this, back off!”.

This is typically a result of you, the human, trying to rush the dog while introducing the new behavior.

Your dog is confused by your actions and scared. The solution is to back off and let the dog realize nothing is going to harm it.

If you are getting the side-eye/whale eye regularly, it is a sign that you are not communicating well with the dog.

All dogs will show this behavior in the right situation, so whether or not you see it is an indication of how well you communicate and understand facial and body language.

Domesticated animals all find ways to try and communicate with us humans.

Domestic cats, for example, are far more likely to meow than their wild counterpart.

They have learned that vocalization is a way they can communicate with us. Cat owners will recognize the different types of meowing that their cats produce, and what they mean.

Dogs have chosen to use facial movements (or expressions) to communicate with us.

The University of Portsmouth has discovered that dogs produce a wide variety of facial expressions if they are in the company of a human than they would if they were by themselves or alone with another dog.

Pause and let that sink in. This means that we are the target for these conscious facial expressions.

The study showed that dogs produced many more facial expressions if the human faced them.

Dogs have already learned what human facial expressions mean, and use this information for their ends.

Dogs understand our moods and they act accordingly.

If we are in a good mood they know they may get a cuddle or even a treat.

However, if they detect a bad mood they may go hide under the bed.

Dogs can catch the substance of a discussion even if they do not understand what is being said.

This is particularly true when considering that only 10% of what humans convey is vocal.

Our dogs have learned to pay great attention to our posture, gestures, body carriage, and facial expressions since these non-verbal cues account for ninety percent of the information conveyed by human communication.

This is why you will notice your dog spends a lot of its time staring at you.

However, the inverse is when a dog sees you staring at them, they become stressed, as they interpret this staring by a human or another dog as potentially hostile.

In most cases, they will turn away from you, and even try to move further away, but occasionally they may express their fear by becoming threatening themselves.

When a dog is aware it has crossed the line and has done something wrong, it will attempt to show submission.

Hanging its head, and tucking its tail between its legs, is the most common sign.

It may also drop its ears, widen its eyes, or rub its paw against its face, as a further way of saying sorry.

Finally, puppy dog eyes are something dogs have developed to demonstrate they are not a threat, show submission, and plead for treats or attention.

Your dog is a smart operator and makes use of these techniques to its advantage.

Appropriate Human Reactions to Side Eye

We have established that side-eye is an indication of stress or fear, and we assume that you do not intend to make your dog stressed.

Your reaction to side-eye should be to stop the dog from feeling threatened.

Once you have recognized the Dog Side-Eye, you then need to check if there are other aspects of his body language that also suggest stress or fear.

If the body is being held rigid, raised hair on the back of the neck, and ears flattened, all tend to confirm that the dog is afraid and stressed.

You may consider getting closer to the dog to pet it but in its stressed condition, your dog may see a further approach to be confirmation that there is reason to be afraid. He may then react by snapping at you.

You need to try and read the situation from the dog’s point of view. You are either too close and represent a threat, or you are too close to his treasured bone or toy.

A better solution is to back off so you are no longer a threat to the dog or toy. 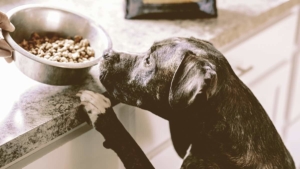 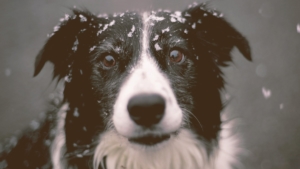 How Cold is Too Cold for Dogs? Everything You Need to Know 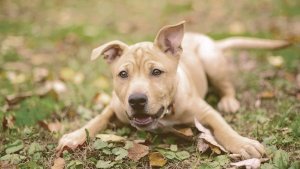 Fun Facts About Dogs: The 5 Most Amazing