While there are countless breeds of dogs across the world, the French Bulldog shines especially bright.

It’s the second-most popular dog breed in the US, second only to the unbeatable Labrador Retriever.

When it comes to rarity, though, Blue and Lilac French Bulldogs top the list.

They’re so rare that the AKC has yet to recognize them as an “official” French Bulldog color.

In this comparison guide, we’ll discuss the major differences and similarities between Blue and Lilac French Bulldogs.

Lilac vs Blue French Bulldog: which should you get? Let’s find out! 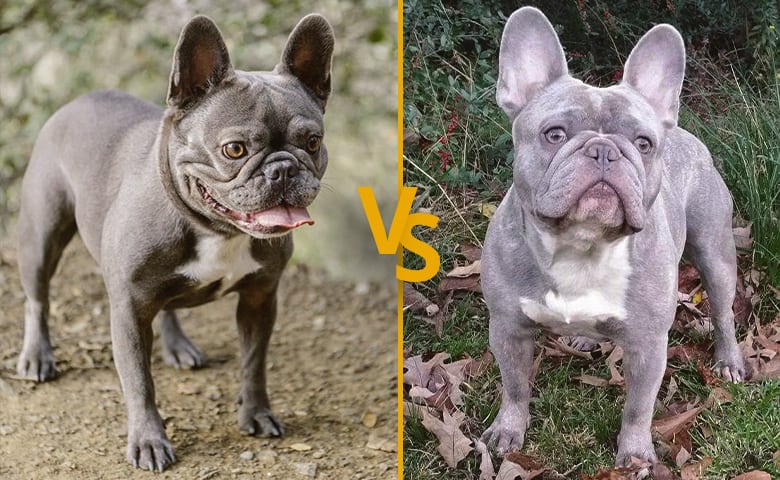 However, there are several factors that make them as unique as their coat colors, including:

The bluish coat of Blue French Bulldogs comes from a dilute black gene, a rare mutation of the MLPH locus.

The gene causes the dog’s eumelanin pigment to “dilute” or lighten to a gray-blue color without affecting the pup’s light brown pheomelanin pigment.

As such, the AKC has yet to add “blue” to its shortlist of standard colors—not only because it’s so rare but also because of the health conditions associated with it.

Blue French Bulldogs produced by non-blue carriers have a special mutation on their Chromosome 25.

This mutation is extremely rare and only happens 1-5%% of the time.

Lilac French Bulldogs, on the other hand, have a dilute brown gene.

They’re produced by breeding a blue Frenchie and a brown Frenchie with blue DNA together.

As opposed to Blue Frenchies, Lilac Frenchies show no traces of brown in their coat.

Instead, their coat is dusted and purple-like in the light.

Lilac Frenchies are much harder to breed than Blue Frenchies because they’re a product of multi-recessive coat coloration.

In order to produce a “perfect” lilac pup, both of its parents must possess two identical pairs of alleles of the brown gene (b/b), the dilute gene (d/d), or both (b/d).

Like cats, French Bulldogs are born with blueish eye colors.

As they grow older, the pigment of their eyes darkens to the color brown.

The same can’t be said with Blue and Lilac French Bulldogs.

Both colors retain their light-colored eyes into adulthood.

Most of the time, their eyes are blue, crystal blue, or green.

If the pup’s eyes turn darker as it grows old, the color of their fur might change in tandem. 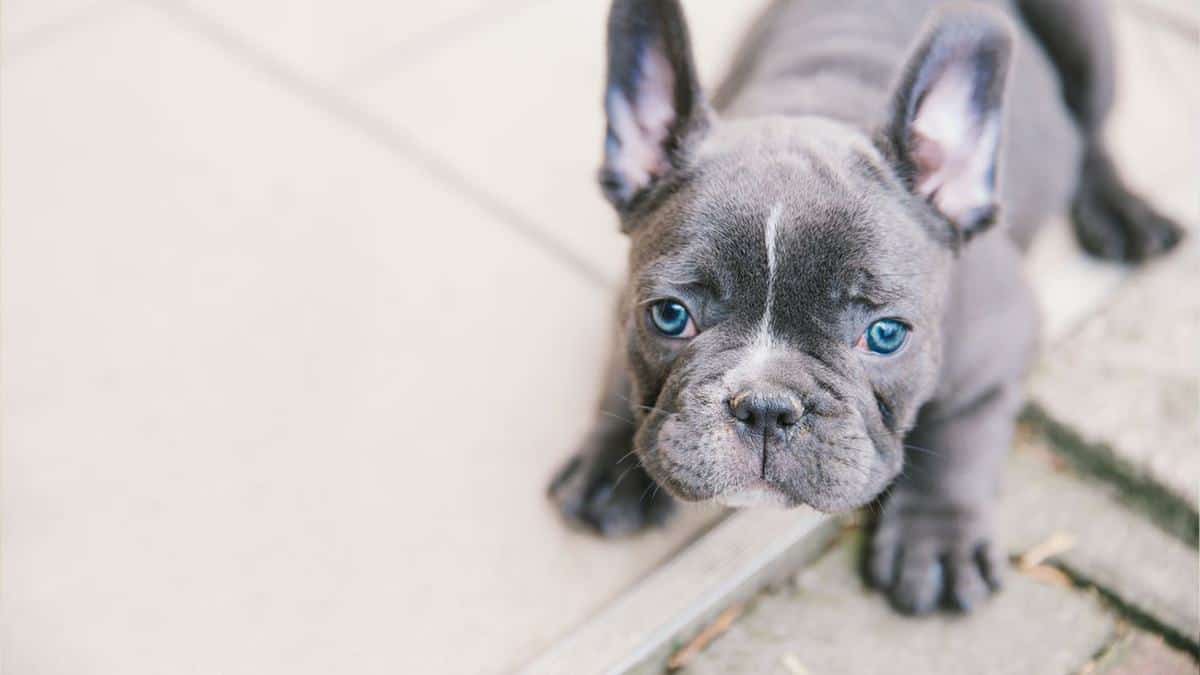 According to the AKC, the only “correct” colors are:

For most people, this isn’t a huge deal-breaker.

But those that actively participate in dog shows and AKC events find this a bit of a bummer.

Although the AKC has changed a lot from decades ago, adding lilac and blue to the list is highly unlikely considering their rarity and the health problems associated with the colors.

Aside from the obvious difference in coat colors, Blue and Lilac Bulldogs have some distinct qualities.

There’s some difference in weight, too.

Lilac French Bulldogs are much lighter at around 20 pounds.

Apart from the size and weight, Blue and Lilac Frenchies look like any other Standard French Bulldog.

They have a distinct, barrel-like body, bat-like ears, a Brachycephalic face, and a half-flat, half-domed skull.

They’re compact and buff, falling in between small and medium.

Blue and Lilac French Bulldogs have some distinct breed traits that are rooted in their genes.

They thrive off of human attention and may sometimes be a bit too clingy.

They love mental stimulation and would do anything to spend more time with you.

They’re not as clingy as French Bulldogs, but they’re not opposed to being cuddled and moved about.

They’re well-tempered, friendly, and full of energy, but can also be stubborn and lazy from time to time.

They’re not particularly athletic and tire faster than non-brachycephalic dogs.

They don’t do well with high-intensity training, agility courses, and anything that requires too much sprinting, jumping, and climbing.

Consistency and persistence are a must when training these dogs.

Frenchies are ritualistic, so they’re best trained on a schedule.

They’d sometimes display a strong unwillingness to train, but don’t let that stubbornness sway you.

Set a schedule and stick to it as much as you can.

How Much Do Blue and Lilac Dogs Cost? 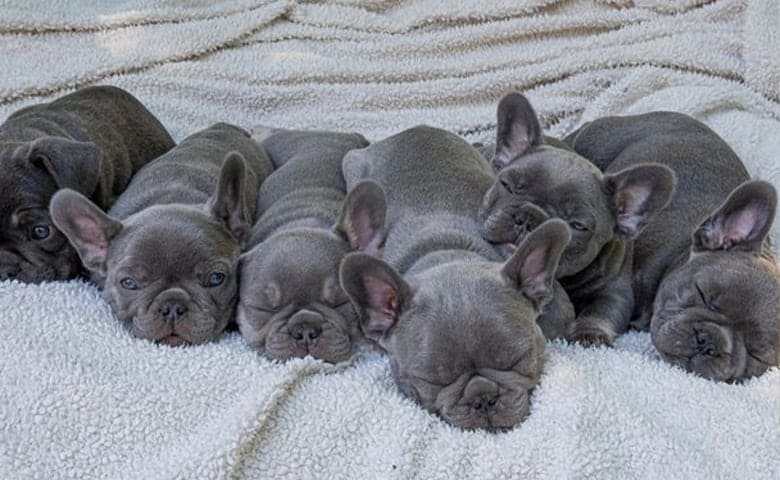 Unless the pup has some health issues, breeders wouldn’t sell them for less.

The most expensive French Bulldog to date was sold at a whopping $100,000.

The pup’s name was Micro and he was bought by American rapper 2 Chainz.

You may also want to read:
How Much Do French Bulldogs Cost? Price Guide 2023 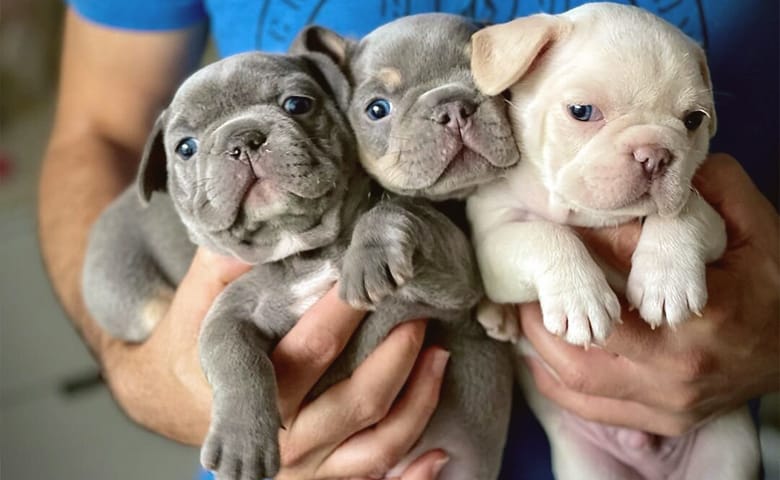 Blue and lilac are two of the rarest French Bulldog colors to date.

It’s unsurprising, then, that they’re particularly sought-out in the French Bulldog community.

Blue and Lilac French Bulldogs get their coat colors from a rare mutation of the MLPH locus. 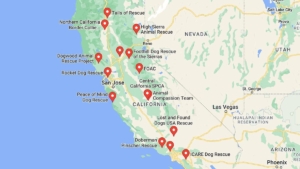 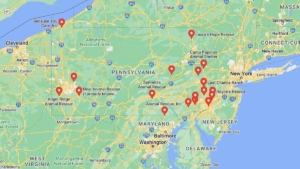 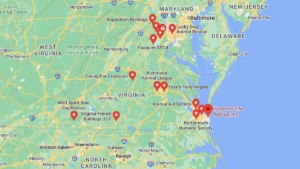