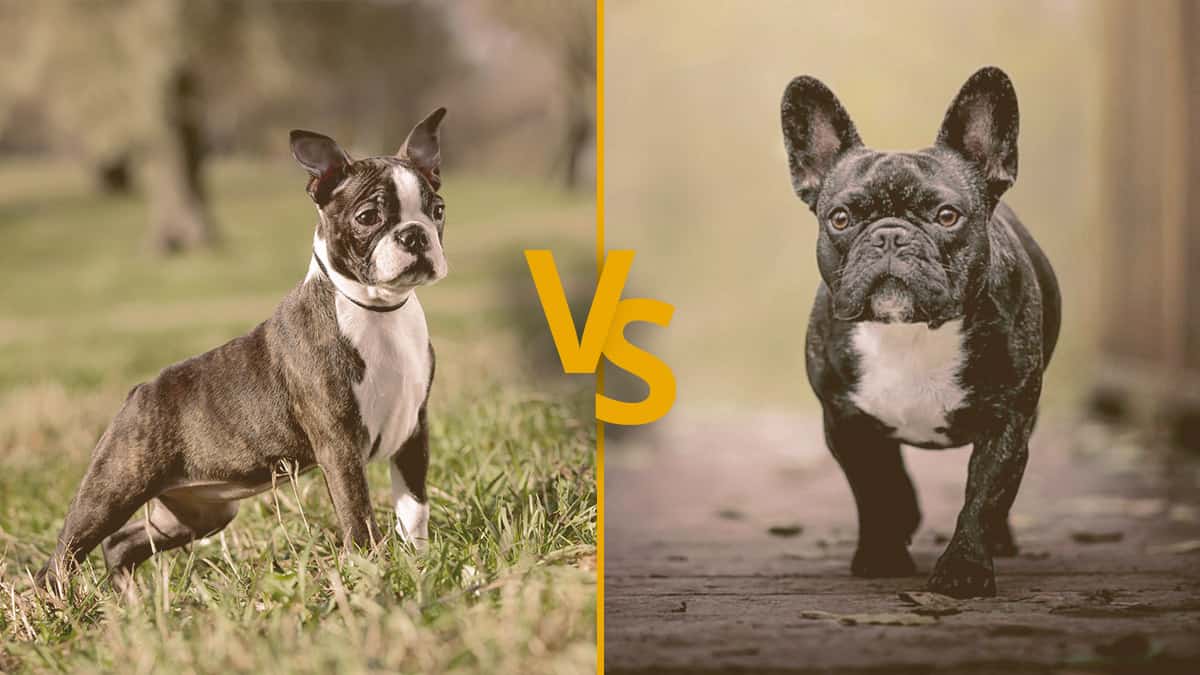 With short, squished snouts, cute bulging eyes, and precious radar ears, it’s no wonder that the Boston Terrier and the French Bulldog are two of the most sought-out breeds in the world.

But if you must choose just one, what breed should you go for?

In this Boston Terrier vs French Bulldog comparison guide, we break down the biggest differences and similarities between the two breeds.

Brief Overview of the French Bulldog

The French Bulldog, or the Bouledogue Français in French, is an English-French breed that appeared in Paris in the mid-nineteenth century.

It originated in England as descendants of English Bulldogs and was popularized in France.

When the English first started breeding miniature Bulldogs, these perky eared dogs were considered England’s “rejects”—faulty runts with all too big ears and too-short muzzles.

Since the English didn’t want them, they were sent over to France, deeming them unfit for breeding.

Unlike the English, the French loved these so-called faulty dogs.

Today, French Bulldogs, or “Frenchies,” as they’re affectionately called, are one of America’s most popular dogs—second only to Golden Retrievers.

They’re easygoing, gentle, smart, and just the right size for many people: bigger than small dogs but smaller than most medium dogs. And, well, they’re ridiculously cute!

Brief Overview of the Boston Terrier

The Boston Terrier, also known as the “American Gentleman,” is a breed of dog that originated from—you guessed it—Boston, Massachusetts.

The breed originated around 1875 when a man named Robert C. Hooper purchased a dog named Judge.

Judge, who was believed to be a mix between an English Bulldog and a White English Terrier, was bred with Gyp, an all-white, short-faced bulldog.

The singleton puppy, named Eph, wasn’t particularly attractive, but Hooper loved it like his own offspring.

He did well not to judge the pup by its cover as down the line, Eph produced a much more handsome litter of pups.

These pups became the early progenitors of the breed we know and love today: the Boston Terrier.

The Boston Terrier isn’t quite as popular as the French Bulldog.

Although they won’t win any popularity contests, they’re still one of the most sought-out breeds today.

After all, they’re highly intelligent—perhaps even more so than French Bulldogs—and don’t demand much in terms of maintenance.

They’re the perfect breed for older people because they’re “unusually quiet” for a dog. 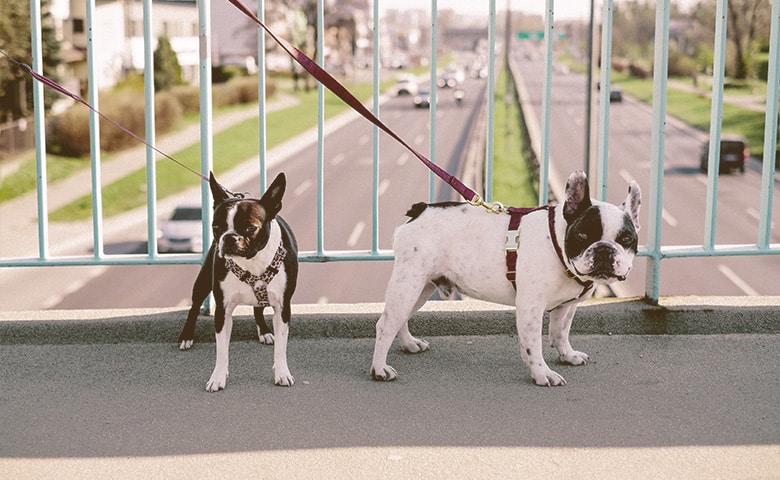 Boston Terrier and French Bulldogs are often featured in those “can you tell which dog breed is which?” quizzes, because they look so similar!

If you take a closer look though, you’ll notice that these two breeds have distinct differences that make them unique.

Let’s start with the biggest—but least obvious—difference between the two breeds: appearance.

At first glance, Boston Terriers and French Bulldogs look extremely similar to one another.

They’re sort of like Cane Corsos and Boxers; without looking at their body shape and size, they’re quite difficult to distinguish from one another.

Like French Bulldogs, Boston Terriers belong to a class of dogs called brachycephalic.

Their muzzles are short and wrinkle-free, giving them a “pushed in” face. They have round heads, proud necklines, broad chests, and a sturdy, boxy appearance.

Their ears are pointier and more angled than that of French Bulldogs, which have straight, round, almost bat-like ears.

They’re shorter and stockier than Boston Terriers, which are often described as the longer and leaner variant of Frenchies.

The easiest way to tell the difference between two breeds is to look at their size and weight.

They grow up to about 12 inches tall at the shoulder, while Boston Terriers grow up to 17 inches.

Although French Bulldogs are shorter than Boston Terriers, they’re certainly stockier than the latter.

When placed side-by-side, you’ll notice that French Bulldogs have a larger bone structure than Boston Terriers.

The latter are leggy and lean, which contributes to their graceful, dignified appearance.

The majority of purebred Boston Terriers have a “tuxedo” coat of white and a different color.

The most common is the black-and-white color, but you’ll also find them in the following colors:

These colors are so rare that they’re yet to be recognized by the AKC.

French Bulldogs, on the other hand, have no specific patterns.

Some sport the tuxedo black-and-white color, while others have a piebald pattern of pigmented spots on unpigmented white hair.

Some are pure black or pure cream.

There’s no single “standard” with French Bulldog patterns; there are just so many!

AKC-recognized colors of French Bulldogs include:

Although it’s true that dogs have personality traits unique to their own, certain breeds are known for particular characteristics.

In general, Boston Terriers have gentle, even temperaments.

They’re extremely intelligent but can be stubborn at times, so consistency and persistence are a must during training.

They love playing with puzzle toys, going out for explorations, and completing obstacle courses.

They might look glamorous and showy, but they’re actually quite silly!

They’re slightly harder to train than Boston Terriers; they’re the kind that’ll test your patience during training more than once.

Still, they’re fun-loving dogs that love being around humans, including children. 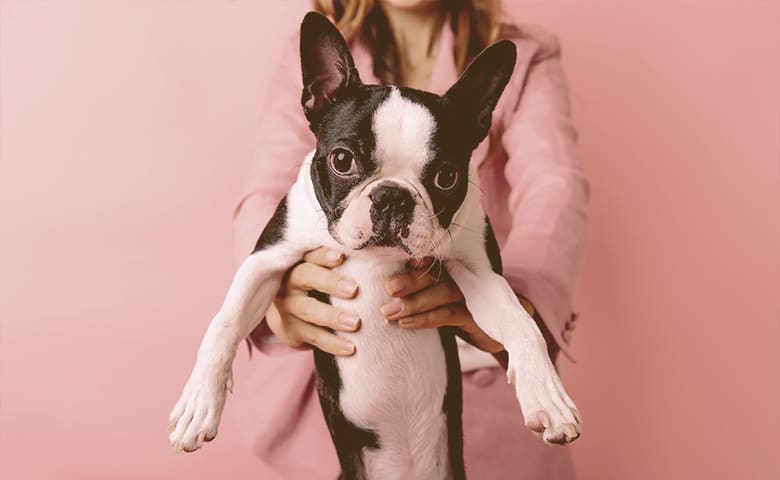 Boston Terriers and French Bulldogs are similar in a lot of ways, but they have a number of significant differences that make them unique.

For one, Boston Terriers are taller and leaner than French Bulldogs.

French Bulldogs are shorter but stockier with larger muscles.

They also have different ear structures; Boston Terriers have angled, pointy ears while Frenchies have round, bat-like ears. 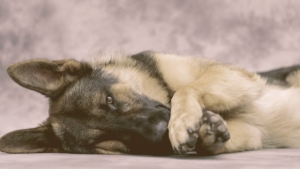 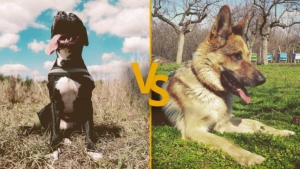